When was the last time you felt vulnerable? How did you handle or address the situation to relieve yourself of the feeling of vulnerability? For most, its a feeling to be avoided, squashed, hidden, or denied at any costs!

As I have studied leaders, primarily from an American, Western European context, it appears that false pride, feelings of weakness, powerlessness, seems to be the main culprit. As i dig deeper, it appears that “control” over the externals are also partly at play, with no recognition on what goes on internally within the individual. Its as if leaders are “blind” to factors often not available to the five senses.

Otto Scharmer asserted that most leaders in business are well attuned and competent to getting desired results, or the “what”, and even the “how”, or possess or know how to acquire the required skills. Most however rarely if ever examine the “who” in the equation, which is really the key to the results. Using Otto’s example, I may know what a Michelangelo masterpiece should look like. I even may know what materials might be required, and even possess some skill in painting. But I doubt if I could produce a “Michelangelo Masterpiece.” At best, it would be a “Gerry Bouey Original.”

This surface way of “being” in a culture addicted to what is “seen” does not have room for any signs of a leader being seen as vulnerable. After all the game we most often play consists of winners and losers. Just watch how much we emphasize sporting events, where we practically “hate” the opponent. It’s more than a game, its more about the ability to dominate others, just for fun! A societal deliberate practice.

Now I am not against baseball, football, hockey and the such, however, I believe it needs to be kept in perspective, which is an adult conversation, in what is now largely an adolescence society! (My RACKET for today! LOL!)

Great people from all types of cultures have demonstrated the power of powerlessness. The impact of Mahatma Gandhi, and others like him come to mind. Whereas he sought no prestige. Wanted no power. Gave up possessions, and brought an empire to submission! For Gandhi, being vulnerable was a strength, which was leveraged.

Of course I have not reached that level of maturity, however it is my hope that I can at least move 1% closer, by being more vulnerable, and stronger through weakness. A paradox worth considering.

Think about what has made you “feel” the most vulnerable over the last six months. How did you address it? Was your strategy successful? When you are wrong about something, how do you react, what action do you take? What might you do in the future? 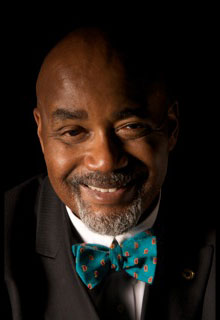 To become your “best self” I believe that one must establish a deliberate practice.This can be codified into 8 steps:

1. Have a long-term goal.
2. Design a system of deliberate practice.
3. Set a daily goal.
4. Reflect on your performance.
5. Seek Feedback on Your Results.
6. Identify errors that were made.
7. Get a coach.
8. Deepen your Domain Knowledge.


These weekly excerpts (Leadership Thoughts) if attended to will sharpen your leadership abilities and fortify your character. Try it, and reap the power of the law of the harvest!